Ways of life: Karate-do and Chado 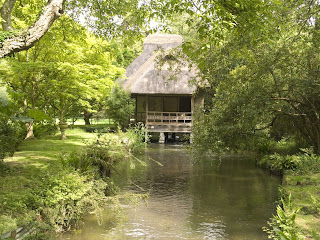 Both karate and the Japanese tea ceremony are 'do' rather than an 'art'. In other words they are ways of life rather than just a collection of skills. Karate is often described as karate-do (way of karate) and the Japanese word for the tea ceremony is Chado (way of tea). Both are learnt over a long period of time in a school under a master. Both are practiced in a special environment, karate in a dojo and chado in a chashitsu (tea room). Special dress is required for both, a gi for karate and a kimono for the chado and both are performed bare foot.

Both contain very ritualistic components, learnt from simple to more complicated forms. In karate we call these forms kata and in chado they are called chanoyu (tea ceremonies). Etiquette that involves bowing is very important in both kata and chanoyu. In both types of school there is a process of progression for students. In karate this is obviously the belt system where increasingly more complicated forms, stances and kata are learnt, each stage being rewarded with a different coloured belt. In chado students start by learning the very basic components of a ceremony, such as opening and closing sliding doors, how to enter and exit a room correctly, how to bow and how to prepare and wash equipment. They then progress to learning increasingly more complicated chanoyu. After each chanoyu is mastered the student is rewarded with a certificate.

The final points of similarity between karate and Japanese tea ceremonies rest on their surprisingly similar philosophies and principles. I say surprising simply because one is a fighting form and the other is a rather genteel tradition and you would not necessarily expect them to share common principles! Sen no Rikyu, the most well known and still revered figure in the history of tea drinking in Japan lay down these principles for the tea ceremony that are still followed today: harmony, respect, purity and tranquility. In Shotokan karate, the 5 guiding principles believed to have been laid down by Gichin Funakoshi are: Seek perfection of character, be sincere, put maximum effort into everything you do, respect others and develop self control. I think there's a lot of overlap there!

I may continue my research into other types of Japanese ways to see if they also follow similar structures and principles - I'll let you know if I find anything interesting. Meanwhile, why not watch this video of a Japanese tea ceremony in progress:

Especially as I'm mad about tea too!