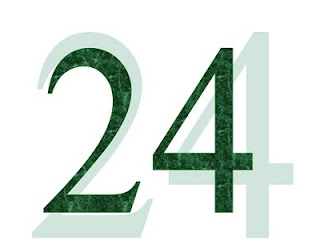 I am currently learning a kata called Niseishi. This kata is practised in several different karate systems including Shukokai, Shito ryu, Wado ryu, Shorin ryu, Okinawa Hakutsuru Kenpo and Shotokan karate. In Shotokan the kata is called Nijushiho. The kata varies slightly between these systems but is almost certainly from the same lineage.

The kata’s origin is thought to be Chinese. It was most likely brought to Okinawa by Seisho Arakaki (1840-1918). He also went by the name Arakaki Kamadeunchu. Arakaki was an official of the royal court in Okinawa and travelled to China to act as an interpreter in 1870. He learnt the katas Niseishi, Seisan and Sanseiru from his teacher, the warrior, Wai Shinzan. These kata were all practiced at the Southern Shaolin Temple. He later added the ‘harder’ karate aspects to these Chinese kata and taught them in Okinawa in the Naha district.

Arakaki was considered to be a rather reclusive character and did not develop his own style of karate. However he taught many of the great masters including: Kenwa Mabuni, the founder of Shito Ryu; Tsuyoshi Chitose, the founder of Chito-Ryu; Gichin Funakoshi of Shotokan, and Kanken Toyama of the Shudokan school. This probably explains why the kata Niseishi is practiced so widely.

When Funakoshi bought Niseishi kata to Japan, to make it more acceptable to the Japanese, he renamed it Nijushiho. The words Nijushiho and Niseishi both translate as “24 Techniques”. Nijushiho contains the Japanese Kanji, ni (2), ju (10), shi (4) and ho (techniques). Together these characters can be pronounced, Nijushiho or Niseishi.

This rather uninspiring name for a kata has some intriguing Buddhist symbolism. It is said that it is not simply an interpretation of the number of movements or techniques extant in the kata. Twenty-four is related to 108, which is an auspicious number in Buddhist scriptures. Both 2 and 4 are divisors of the larger number (though 24 isn’t). One hundred and eight refers to the 108 'afflictions' of the soul, which are to be symbolically stricken down in events like Kagamai Baraki (Japanese New Year). However, the kata itself is not a Buddhist exercise - the Buddhist symbolism is only an artifact of its originators, who were most likely Buddhists of one school or another. 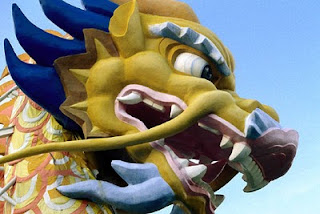 So, what of the kata itself? It is thought to originate from one of the Chinese "Dragon" styles. This kata requires you to move and defend from many angles. It contains both circular and linear techniques and requires good balance and coordination. This kata contains sudden contrasts between very slow movements, and explosions of power, giving the kata a distinctive rhythm. It has been likened to the ‘ebb and flow of the ocean crashing on a beach’. Alternating fast and slow movements teaches the karateka to develop his ability to shift from relaxation to tension, which requires great control of the body and its muscles.

This work is licensed under a Creative Commons Attribution-Noncommercial-Share Alike 2.0 UK: England & Wales License.
Posted by Sue C at 10:54

Very nice kata.but a bit different .then we do it.goju ryu.

minor differences in waza and/or lineage are MAJOR issues, if one is seeking the true art. Impossible to find if starting out with modified kata. Can you find video of Aragaki's Neseishi? Unknown to most, every detail of every movement is a waza, has meaning. Modification would assume full knowledge of the original first, which in itself would take many years of prcactice. 4 or 5 years training can make you a scholar, but you've barely scratched the surface in being a martial artist....

Hi, though I agree with you in principle I think it is inevitable that minor variations will creep into kata overtime. In fact I'm generally amazed at how well most kata are conserved considering how old many of them are and how many people, styles and systems still practice them.

Thank you for your research and knowledge! Ossu