Last Sunday my husband and I attended a KEWAP seminar (Knife and Edged Weapons Awareness Programme).

I was interested in attending this course because I thought it offered something different to our usual karate training - a course focused on the practicalities of personal self-defence out on the street, specifically defending against attacks with knives and other edged weapons.
I was a little surprised that only a handful of us turned up for the course but that turned out to be a blessing in disguise because those of us that were there obviously had a lot of personal attention from the instructor. Also, as a small informal group, we were able to have a lot of useful discussion together about various aspects of personal protection.
The course was different in many ways to the usual kind of courses we do. To start with we wore ordinary outside clothes and kept our shoes on. Secondly, the practical training was interspersed with mini lectures and power point slides. I thought this format worked well as it gave the instructor a chance to educate us on a variety of issues such as self defence and the law – what you can and can’t do to defend yourself; awareness issues; how to assess developing situations; how to use the environment to create and manage distance and a discussion on different strategies one can use.
The instructor also showed us some slides of weapons that have been used in real fights. Did you know that there are gas-powered knives that force the blade in further and knives that are also guns that fire bullets at you as the blade goes in? I was quite staggered that such grisly weapons existed!
In between these short talks we did some practical knife defence training. We learnt about half a dozen different ways of disarming a knifeman depending on how he was attacking with the knife, including situations when you have your back to the wall. What struck me about these techniques was that though I hadn’t specifically done them before the principles of movement and technique that I have learnt in karate and kobudo were being directly applied in these self-defence moves.
I thought that we all picked up these techniques quickly because we already knew how to move, evade, block and apply locks. So, applying what we already knew to this new situation of knife defences was not too difficult, it was just a case of relaxing some of the more stylistic aspects of karate in order to be able to respond more intuitively and naturally.
A case in point was when we moved onto the topic of pre-emptive striking. The instructor told us that in order to strike quickly and without telegraphing the move first we shouldn’t pull back the punch first. This made sense but since we have trained to punch from the hip it was hard not to instinctively pull the punching arm back first before striking. However, after a few minutes practice of punching a focus mitt it was starting to feel more natural. The instructor emphasised the importance of using the hip thrust to add power to the punch so this was very much still a karate principle being employed.
Apparently my punches against the focus mitt in this way were quite hard but I know this is only because of the gyaku zuki training I have had. The standard karate training has helped me to build up strength, speed and power in my punching and this was not lost when the punching technique was varied to omit the pullback.


I sometimes feel that there is a gap between the defensive moves we learn as part of karate training and the self-defence moves in reality based training but I also feel that this gap shouldn’t exist – it can be bridged with thoughtful and intelligent training. I feel uncomfortable when I hear people say, “this is the art of karate but in real self-defence we do it this way”, as if they are completely different things. To me they are just flip sides of the same coin – not different coins.
On this KEWAP course I think the instructor helped to bridge this gap. We learnt a lot of new self-defence techniques – techniques that have been tried and tested in real situations but we were applying many of the principles we already knew from our classical karate training. The instructor even showed us how some bunkai from Pinan Shodan and Seipai can be used in knife defence scenarios.
Overall, I thought this was a great course, taught in a very effective way. It was informative, practical and enjoyable.

This work is licensed under a Creative Commons Attribution-Noncommercial-Share Alike 2.0 UK: England & Wales License.
Posted by Sue C at 12:22 6 comments: 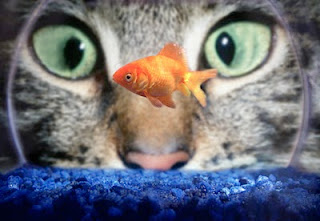 A lot of martial artists, particularly instructors get very frustrated when they see a lot of crap being taught or talked about to students. They get frustrated when other instructors teach techniques that clearly don’t work or don’t push students hard enough to achieve a high standard because they are afraid the student’s will leave (taking their money with them).

In my view there are three types of bad instructors:


However, no art, no club and no instructor is perfect so if you want to become a good martial artist yourself then you:


Let me explain a little more about what I mean:

This work is licensed under a Creative Commons Attribution-Noncommercial-Share Alike 2.0 UK: England & Wales License.
Posted by Sue C at 14:50 No comments:


I have been a blogger for an on-line martial arts newspaper for the last two and a half years. The newspaper is called Martial News and is written and published from the North East of England. Martial News is unique in that it remains wholly a newspaper rather than a magazine. It publishes local, national and international news stories as well as feature articles and of course, the blogs.

About three months ago the Editor asked me if I would become the Blog-Editor-in-Chief for Martial News, an opportunity I jumped at! I have been busy these last few weeks setting up new blog platforms for all our blogs (10 in total) and transferring archive material to them. I am just about there with sorting everything out and thought I would introduce you to our blogs and bloggers (okay, so it's a shameless plug!)


Aikido Extras. This blog is written by Sensei Peter Seth, a 3rd dan Aikido expert who runs the Zanshin Aikido club at Sunderland University. Peter is also the founder and organiser of the Great Northern International Festival of Martial Arts, an annual event that I have attended for the last 3 years and is great fun and raises money for Cancer Research UK. Peter writes some fascinating articles about the journey we all make within ourselves as we endeavour to get to grips with what it is to become a true martial artist. Peter is always a great source of inspiration to me.

Below the Belt. This blog is written by Martial News Editor Phil Doherty. Phil is a founding member of DFM Martial Arts which teaches a type of street combat called Directional Fighting Method as well as DFM Reivers MMA and DFM kickboxing. He is also a Senior Conflict Resolution Trainer. Phil is an experienced journalist by profession and set up Martial News two years ago to plug a gap in the market and to raise money for charity. He uses his blog, partly as an editorial column, partly to promote local martial arts events but also to air his own views and knowledge about martial arts.

Black Belt Adventure. Okay, so this is written by yours truly! You may recognise some of my posts as I often post the same material on both blogs! However I do occasionally write something original for this blog so can you risk not looking?

Core Reality. Author, Paul Green our newest and, currently, our only non British blogger. An American, Paul is the founder of Stonewall Tactical Defense Systems. Having achieved black belts in several traditional arts, including receiving his 6th dan in jujitsu recently; he has served as the technical director of the American Budo Society and served as the special projects director for the international combatives and self defense association (ICSDA). He writes on a range of tactical subjects.

Martin Clarke on Sambo. Martin has an impressive sports record: he has won over 300 medals in Judo, Sambo, Olympic and Power weightlifting, Jiu-jitsu and amateur wrestling! He has represented Great Britain at judo, jiu-jitsu and sambo wrestling and was a member of the Olympic Judo squad from 1978 to 1980. With such an impressive record he is a man who very much likes to speak his mind in his blog posts and doesn't hold back any punches!

Ninjutsu Uncovered. Blog author, John Atkin, is a top ninjutsu, jujitsu, MMA and kickboxing instructor  and boxing coach.  He owns and runs the Advanced Fighting Centre in Newcastle in the north of England.  John is also a man who has earned the right to have strong opinions, often writing about his own experiences of martial arts and his views on the state of martial arts today.

Reality Bites. This blog is written by John Barrass with occasional contributions from his assistant instructor Matt Chadwick. John is the founder and senior instructor of the Evasive Self-Defence Combat System (ESDCS). He is a 4th dan in jujitsu and holds other dan grades in Wado Ryu karate, Aikido and Kenjutsu.
John writes about modern day combat arts but always with an eye on the importance of the traditional arts that underpin them.

Reality Check. Author, Chris Turnbull, is a modern day combat specialist. He has trained in boxing, kickboxing and MMA. His expertise is in Street Combat, with knowledge honed from more than 15 years working on the doors in clubs, pubs and events. He writes on a variety of topics related to effective street combat for the real world.

Street Edge. Stuart Rider, the blog author, runs his own self-defence and protection martial art called Rider Martial Arts which is a combination of the many systems he has learned over the years. He writes on the principles and strategies of his art.

I hope you enjoy reading our blogs and will consider adding some of them to your blog lists.

Martial News is planning to expand into the United States next year. This will be called Martial News and will focus on the clubs on the eastern seaboard from New England down to .


Phil Doherty said: "Once the beach head is established we will be rolling it out through the States until we have different editions across the country."
I'll keep you posted on developments!

This work is licensed under a Creative Commons Attribution-Noncommercial-Share Alike 2.0 UK: England & Wales License.
Posted by Sue C at 15:22 5 comments: