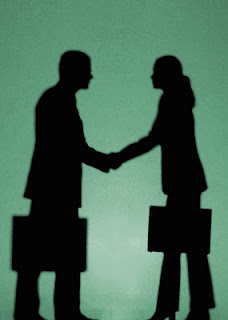 Do you 'Osu!' in your dojo? Generally speaking, we do not 'Osu!' in ours except for one of our experienced black belts who regularly osus! I find it quite alarming (and intriguing) to hear him shout 'Osu!' up to 10 or 15 times a session. He osus when he bows announces a kata, starts a technique or whenever the instructor asks or tells him something. I presume his use of this word is related to his karate 'upbringing' over 30 years ago.

So what is this 'Osu!' thing all about? I decided to do some research:

First, let’s just say the correct pronunciation is 'oh-sss' rather than 'oo-sss', which is a common mispronunciation in the West.

Osu is a Japanese greeting word (aisatsu). It is a contraction of other greeting words such as Ohayossu or ohayoosu, Ohayo or even just Oh. The more contracted the word the less formal the greeting. It's a bit like going from 'Good Morning', to 'Hello' to 'Hi' depending on the context and company you are in.

In general parlance in Japan 'Osu' is a very 'rough' male greeting between friends in an athletic setting. It is a very male word - an expression of masculinity, something men may greet each other with in a football or baseball club. It is generally only used by children and 'macho' or rough men! In Japan, a woman would never use such an impolite word and a man would be considered rude to use it to greet a woman.

So why do we use it in martial arts?

It is a word mainly used in karate clubs, though some judo and taekwondo clubs have been known to use it too (possibly because the instructor has a karate background). It is not an Okinawan word so Okinawan styles of karate generally don't use it. The origin of the word is not entirely clear but it is thought that the use of “Osu!” first appeared in the Officers Academy of the Imperial Japanese Navy, in the early 20th century and later became common with karate students. This helped establish the rough masculine nature of the word.

What is its purpose in the dojo?

In some dojo's 'osuing' is a standard part of the dojo etiquette and all students are expected to use it, whereas in other dojo's it is actively discouraged because it is not considered very polite, preferring more polite expressions such as “Onegaishimasu.”!

However, if you consider another translation of the word, which is also a contraction of the two kanji symbols used to write the term “Oshi Shinobu” it means "to persevere while pushing oneself to the absolute limit.” The strength of character that develops from hard training is known as “osu no seishin” (the spirit of “Osu!”). It implies a willingness to push oneself to the limits of endurance, to persevere under any kind of pressure. This is the context in which it is being used in the dojo.

The word 'Osu!' has many purposes in the dojo. It can be used to greet fellow students instead of saying hello (at least among the men); to respond to a question or instruction instead of saying yes; if your instructor thinks you are weak or injured you can reply 'osu' to reaffirm that despite your weakness/injury you are willing to still try your best; you can say it to remind yourself that despite the pain you need to carry on i.e. show your 'warrior spirit' or you can use it to acknowledge your opponents skill at a technique or in a tournament. It seems like a very flexible and versatile word!

And finally! Some general 'Osu!' etiquette:

Click here if you want to read a comprehensive article on the use of 'Osu'.

This work is licensed under a Creative Commons Attribution-Noncommercial-Share Alike 2.0 UK: England & Wales License.
Posted by Sue C at 16:27

No 'osuing' in our dojo.

Osu is usually used by folks who've come to the school from other schools/styles. For example, when sensei asks us if we understand, the newbies generally say "osu," the kyus say "hai" (yes) and the blackbelts answer in with either "shirimasu" (I have a basic understanding of what you are saying) or waramsu (I have a deep/intrinsic knowledge of what you're saying). Eventually, "osu"probably won't be used at all anymore...

“osu no seishin” (the spirit of “Osu!”) or OSU! is mostly used in Kyokushin dojos, but I've seen trad karatekas use it.

Hi Michele - I'm glad osuing isn't required in our dojo either - I get the feeling it's not ladylike!

Hi Felicia - I hadn't heard of 'shirimasu' or 'waramsu' before - are they Okinawan words?

I think this whole osu business is rather ridiculous: for one it reminds me of the movie ‘the karate kid’ (the Cobra Kai gang yelling and hissing on command of their psycho-instructor) and it sounds more like bellowing or the hissing of an angry animal than anything else. To me the martial arts should be about respect and cooperation not aggression and machismo and using aggressive body-language, grunts or shouts isn’t exactly proof of a healthy atmosphere or the proper mindset for training. When training the body should be relaxed and the mind concentrated but open, tensing the muscles should only be done at the end of a technique (punch of kick) certainly not while bowing or in acknowledgement. Training in traditional Asian martial arts has a cultural and spiritual aspect to it and behaving rudely and grunting instead of using normal language is unbecoming and impolite. This is not American football or college wrestling, might as well slap each other on the back or give each other a wedgie while you’re at it. Testosterone and ego have no place in a discipline that relies on mutual respect and a gentle attitude to prevent injuries or misuse of violence.

Anonymous - Presumably you have witnessed 'Osu!' being used in an overly aggresive, macho way somewhere and if I had witnessed the same thing I would also find it rather ridiculous.

However, despite the rather macho origins of the word, it isn't intended to be used in such a macho way in the dojo. Its use is intended to signify that you are fully focussed on training and are endevouring to do it to the best of your ability.

Apparently its use in Japanese dojos has decreased significantly and it is rarely used. However, it was brought to the West by instructors migrating from Japan to bring karate to the rest of the world - so it persists in the West.

Personally I don't like it and I'm glad we don't use it where I train. I prefer to yes 'Yes!' when I understand or 'No!' if I don't - it's simpler and after all I am English! Though I approve of using Japanese words to describe stances and techniques, I think we should avoid over Japonifying the dojo etiquette with words like 'Osu!' since most of the time no one really knows what it is they are saying or whether they are actually prnouncing it correctly!

Thanks for acknowledging my visit Sue, I subscribed via RSS and I am looking forward to your future posts.

Hummm, I am learning something here: I didn't know that "loud osu" were sometimes perceived as offensive, out of place (as Sue mentioned) or even ridiculous per anonymous comment.
Personally, as a kyokushin practitioner, I find it hard to imagine karate without osu, but I am ready to acknowledge other point of views and respect them.

Clearly the jury is divided on 'Osu!' I expect if you have been brought up with Osu it seems perfectly normal and natural, and if you haven't it seems strange and ridiculous - but then life's like that!

I still think it's rude and vulgar, my sensei would never allow it. But to each his own...

As much as I'd like to go all keyboard-tough-guy on "Anonymous" for his ignorance (comparing osu-ing styles with 'the karate kid'?!), I'll refrain, since Sue addressed him in a much more dignified manner.

"Osu" is expected in my dojo as it is a Kyokushin school and a part of our style's culture.

In Kyokushin, as Sue posted, it means you have the spirit to push on through fatigue and pain.

Brett, I'm starting to like Osu more as I learn more about it - it sounds like a pretty useful word.

We say Osu in my kyokushin dojo.it means that you understand,it akso means yes and when we are addressing our shihan(instructor).we also bow osu when entering and leaving the dojo while bowing.

Hi Kwame, I'm glad osu works well in your dojo. It seems like each dojo has it's own way of using the word. We say onegaishimasu in our club, which can be a bit of a mouthful compared to osu! Thanks for signing up as a follower...

Hi There, I'm a GOJU Ryu black belt, we train traditional Okinawan karate. What means that there's a difference between traditional karate and American karate. Traditional karate respects the ancient martial arts of Okinawa, where katas have the main sense of understanding karate as an art and not as an sport. If we accept to train traditional karate we have to accept as it is and not as the way we'd like it to be, because it's not about us but about the martial art that is giving to us to be strong. May be you can think contrary to me but in our Dojo OSU, has different meanings:
To persevere, work hard and never give up. It includes: Respect, focus, commitment, thankfulness and always try your best. What is, and I agree with the explanation given. Push yourself to the limits.
Osu!
Sensei Jorge

Sensei Jorge, I understand entirely your explanation of the use of osu and respect the right and tradition of dojo's to use it in that manner. Thanks for commenting.