Seienchin kata - calm in the storm 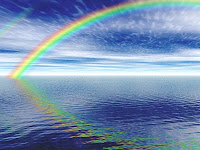 In preparation for my black belt grading next year I have begun to learn the kata, Seienchin. Anyone who knows this kata will immediately remember the lingering pain in the thighs as much of this kata is spent in a deep shiko dachi (horse stance)!

Seienchin is the only kata in our kyu grade syllabus that comes from the Naha-te style of karate in Okinawa. The name of this kata is most commonly believed to mean "Calm in the storm". It seems likely that the kata originates from China and was brought back to Okinawa by Higashionna (Higaonna) Kanryo around 1883. Higashionna spent many years in  Fuzhou, a town in the Fujian province of China and learnt several styles of gongfu or 'monk fist boxing'.  On his return to Okinawa he developed the style of karate known as Naha-te, the forerunner of Goju Ryu karate.

Higashionna had many notable students, including Chojun Miyagi (founder of Goju-Ryu) and Kenwa Mabuni (founder of Shito-Ryu). Both of these masters would have learnt the kata from him and Seienchin kata is preserved in both these systems as well as in Isshin-ryu (Isshin-ryu's founder, Tatsuo Shimabuku, had been a student of Miyagi in his earlier years). Mabuni is generally credited with being the person who took Seienchin kata to Japan when he moved there with his family in 1920. Seienchin is believed to be one of the most conserved kata practiced by different styles.

Seienchin kata is described as having 'Yin and Yang' in its performance due to the contrast between hard and soft or slow and explosive. It is as if the 'storm erupts from the calm phases of the kata'. It utilises very low shiko dachi stances, and the dynamic breathing and block/striking techniques are typical of the Naha-te style.

Here's a video of the Shito-Ryu version of the kata:

This work is licensed under a Creative Commons Attribution-Noncommercial-Share Alike 2.0 UK: England & Wales License.
Posted by Sue C at 16:20

Hi, Sue. This version looks so very similar to the Goju-ryu version.l It is my absolute favorite kata.

I learned this kata as a 2nd kyu but have been refining it since I got blasted by a senior dan the very first time I did it in tournament for not keeping my head/shoulder level consistent. Believe it or not, I am still fine-tuning it for another tourney in November...

I like it too. It arises much earlier in Isshin-ryu (it was the second kata I learned). The Isshin-ryu version uses almost all the same moves, but some of the angles are quite different. It's one of the kata I'm trying to perfect for the world tournament in the spring.

I competed for years with this form (in Isshinryu it's spelled Seiuchin). The trick is to go through the transitions while not rising up from that deep shiko-dachi. A lot of interesting bunkai in this kata. (@ Felicia: Thanks for the mention!)

This is a coincidence. I'm writing a chapter on unbalancing in my book tentively titled 'Throwing Techniques and Takedown Techniques of ALL Martial Arts'. Researching that chapter led me to Seienchin (and other spellings of the same kata) kata. It's said that the kata teaches, among other things, unbalancing methods. Any additional information you have on this matter in this regard would be very helpful.

Felicia, I'm about a third of the way through learning the basic form at the moment and I'm finding some of the moves quite tricky! I think I'm going to like it though. Good luck with your tourney :-)

Cindy, I'm surprised you do this kata so early as I think it's quite complex but presumably your junior belts cope with it? This kata seems to be a tournament favourite with a lot of people.

John V, not bobbing up during those transitions is definitely difficult - I'll have thighs like rocks after learning this one :-)

John C, obviously I'm just a beginner at this kata at the moment. We have looked at some bunkai from 3 different sections of the kata and all of them are escapes from various wrist grabs. One involves taking the opponent down with a neck twist and one involves pulling the opponent down from behind. I have been told that seienchin is a 'grappling kata' which implies throws and takedowns.

I have just bought a book called 'Seienchin, karate and the kata 2nd ed' though I haven't had the chance to read it all yet. The book is available either in paperback form or as a download (which is much cheaper) from the website: www.downloadkarate.com. The book also contains several sections on the physiology and anatomy of various strikes as well as a discussion on the relationship between sports karate and kata bunkai, so it may be useful to you in other ways as well.

Hey, Sue. We end up teaching complex kata right from the start in Isshin-ryu, largely because we don't actually have any simple kata. Exact order of teaching can vary, but the dojo I've been in tend to go Seisan, Seiuchin, Naihanchi, Wansu, Chinto, Kusanku, Sunsu, Sanchin - which puts Seiuchin at an orange belt level. The students have to take a lot on faith, because there are moves they haven't learned otherwise, but generally they get there, and my sensei at least has a policy of going back continually and showing new applications and interpretations of kata as the students get more advanced.

We do have a bit of a problem with getting the students low enough into stance, but Isshin-ryu stances tend to be higher than Gojo-ryu, so it's not as bad as it could be.

This is the 2nd Kyu kata for my school (and rather scarily is rapidly creeping up on me! LOL). I was watching the higher grades perform the kata at training last night and it does look like one I'll enjoy (but definitely tough on the old quads!). I still have Saifa and Bassai Dai to master before I have to worry about this one though!

Hi Marie, I don't know saifa but I love bassai dai. In fact I don't know anybody that doesn't like it. I still only know about half of seienchin at the moment but I'm liking it so far!

I am really liking your "history" on these kata. They are well done & mostly correct. Nice to see. The seiunchin video is a good "schematic" of the kata's basic movements. But the "real" kata, with chinese flow and in-depth waza looks quite different and would blow you away. I mean, you can only practice & perfect this basic form until one day you say, is this all there is? But to see the real thing, and realize its depth is infinite - gives elation and sends you down a completely different & satisfying path...

Anon, thank you. It's actually very difficult and time consuming to research the history of the kata, I've had to scrape together details from several different sources for most of these historys. So little is actually written about them. I'm glad you're enjoying them. Thanks for commenting.

I learn Goju-ryu and seienchin is kept for brown belts so 2nd kyu I only just started to learn it. But I love it. Having done saifa until recently its quite a nice change since saifa is more flowing and dance like seienchin is more military and disciplined I think than what I've learnt previously kata wise. But any kata after the taikyoku's are awesome and fun to do:D

Hi Beki, I'm not familiar with most of the kata from your system but seienchin is a good one. I really like the contrasts between the slow and fast parts. Thanks for commenting.