Pine winds and the King's crown 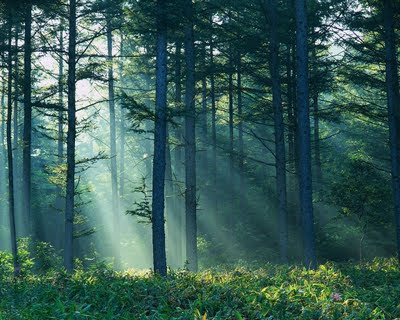 I am learning a new kata called Matsukazi, though in some styles the kata is still known under the older name of Wankan. However, you mustn't confuse this kata with the Shotokan version of Wankan, which is completely different.

I decided to try and research the origins and meaning of Matsukazi/Wankan. This is what I have managed to piece together:

Apparantly Wankan is one of the oldest kata still practised today. It comes from the Tomari-te style of karate and is preserved in Shito-ryu, Matsubayashi-ryu (Shorin-ryu) and some other styles. Tomari-Te was developed during the 19th century out of the Shuri-Te style of karate. Tomari was a small fishing village near Shuri, though it is now in the district of Naha on the island of Okinawa. The differences between the two styles is slight. However, there were several Chinese visitors to the Tomari region that did not reach Shuri so their teachings did not originally influence Shuri-Te, though later an exchange in ideas and katas did take place. Many kata became part of both styles but there are several kata that are unique to Tomari-Te. These include Wankan.

However, Wankan is probably older than 19th century. It is thought to have been introduced to Kudaka Island before reaching Tomari by a Chinese kempo pratitioner who may have used the name Wankan as his own. Wankan's Chinese origins lie in the Hakkyoku ken system of Kempo.

It is suggested that the kata became a family kata of the Ryukyu royal family handed down for many centuries from generation to generation. In fact, the name of the Kata literally means "King's Crown" or "King's Victory", which may be a reference to the royal significance of the Kata.

An actual lineage for Wankan may be something like this (at least for its inclusion in the Shito-ryu style):

When it also became known under the name Matsukaze (meaning "pine tree wind" or "wind through the pine") is unclear but may be when the kata was brought to Japan.

So, what does the kata mean? Matsukaze is considered to be an intermediate kata in Shito-ryu and in Shukokai. It contains both offensive and defensive techniques done together in one motion at various points. It is said that the meaning "pine tree wind" suggests strength but flexibility in the face of adversity, like a pine tree on top of a mountain facing fierce winds. Thus, all movement is in the forward direction, driving the opponent backwards or standing ones ground.

A slightly more pragmatic interpretation is suggested by the alternative translation of the word Matsukazi which apparantly is "jugular vein region of the throat", one of the body's most vital points. In fact, all attacks in this kata are focused on the body's three most vital points - the jugular vien (matsukaze), the solar plexus (suigetsu) and the groin (kinteki).

Both of these interpretations offer useful insights into the meaning of the kata. Thinking about the steps in the kata there is an emphasis on moving forwards a lot, either moving several steps forward in cat stance or with an alternating kick, strike sequence. The neck is also attacked at several points i.e. a cross-block is performed suggesting a strangulation technique where the crossed arms form a 'v' around the throat and the collar of the clothing is grabbed and pulled sharply together to assist the strangle. Several shuto blocks are performed which could represent strikes to the throat. Several punches are thrown at both chudan and jodan level and the kick sequence could certainly be aimed at the groin. All this fits in with the tomari-te style which emphasises defending and attacking the mid-line.

There are also two points in the kata where you stand still and use a sequence of side-evasion, blocks and counter strikes which fit in with the idea that this kata uses both defensive and offensive moves simultaneously.

Wankan kata was the absolute favourite kata of the famous master and founder of Matsubayashi-ryu - Shushin Nagamine (1907 - 1997). Here is a video of him performing the kata in 1992.


Here is the Shito-ryu version of Matsukaze - performed a little quicker!

This work is licensed under a Creative Commons Attribution-Noncommercial-Share Alike 2.0 UK: England & Wales License.
Posted by Sue C at 15:57

very cool history - I wasn't very familiar with this kata. I always enjoy watching kata videos to (Especially of the old masters).

Thanks Matt - I'm actually working on a project with my sensei to research the history and meaning of all the katas we do - it's going to take a long time!