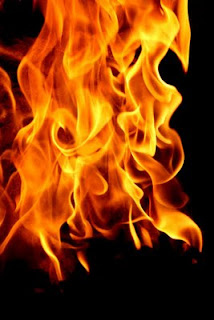 Guy Fawkes Night or, more commonly, Bonfire Night is an annual British custom held on the evening of November 5th to celebrate the thwarting of the 'gunpowder plot' - an act of treason against the British government in 1605 by Guy Fawkes and his catholic co-conspirators whereby they attempted to blow up the Houses of parliament with barrels of gunpowder secretly placed in the cellars. They were caught, tried and executed using the particularly nasty method referred to as 'hanged, drawn and quartered' to reflect the particularly serious crime of treason.

In the UK, particularly in England the 5th of November is still commemorated each year with fireworks and bonfires culminating with the burning of effigies of Guy Fawkes (the guy). The 'guys' are made by children by filling old clothes with crumpled newspapers to look like a man. Tradition allows British children to display their 'guys' to passers-by and asking for " A penny for the guy".
This video outlines the Guy Fawkes tradition (it's designed for 'English as a foreign language' students - so bear with it!)

The tradition and the 'Remember, remember' rhyme serves as a warning to each new generation that treason will never be forgotten. 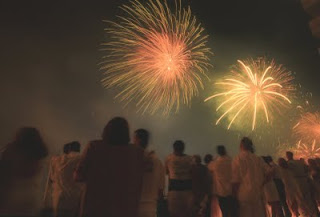 This work is licensed under a Creative Commons Attribution-Noncommercial-Share Alike 2.0 UK: England & Wales License.
Posted by Sue C at 16:36