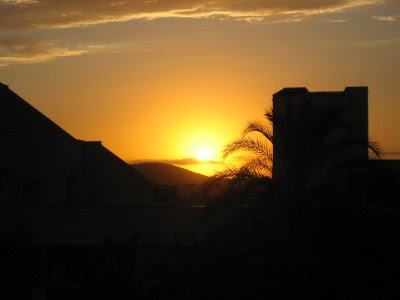 You may have noticed that I have added a new addition to my side bar called 'Hooked on Haiku'. I have dabbled in creative writing for several years now, mainly short stories and poems and I have decided to have a go at writing Japanese style haiku poems.
In case you are not familiar with haiku I offer here an explanation of what a haiku poem is and how to read and interpret it.
William. J. Higginson, in his book The Haiku Handbook, describes a haiku as: ...sharing moments of our lives that moved us, pieces of experience and perception that we offer or receive as gifts.
The haiku is written as a three lined poem in which the moment to be shared is simply described, without use of simile or metaphor, in order that the reader can quickly reconstruct the event in their own mind and then hopefully experience the same emotional reaction to the image as the writer did themselves.
Traditionally haiku poems were nature or seasonal poems, for example, here is a seasonal poem by Basho, one of the four great masters of Japanese haiku:
on a barren branch
a raven has perched -
autumn dusk
It's quite easy to reconstruct that image in your mind isn't it?
More modern haiku poets have moved away from only writing seasonal or nature poems and now write haiku about all manner of subjects. Sometimes there is still an allusion to a season but this is not always present or obvious. For example, here's a poem from Takako, a modern Japanese haiku poet:
fresh washed hair
everywhere I go
making trickles
The only real requirement is to provide strong imagery and sensory information to help provide a very rich description in very few words. In Japanese, haiku poems consist of 17 sounds but most scholars now agree that this equates to 10-12 syllables if written in English because English syllables are generally longer more drawn out sounds.
I have entitled my collection of haiku poems - Dojo Moments, and I will endeavour to provide a new one each day! Feel free to comment on them or give critical feedback. I have provided a link from the side bar back to this post so that you can still leave comments once this post disappears into the archive.
Enjoy!

This work is licensed under a Creative Commons Attribution-Noncommercial-Share Alike 2.0 UK: England & Wales License.
Posted by Sue C at 14:30