Flux and Change in Karate Kata 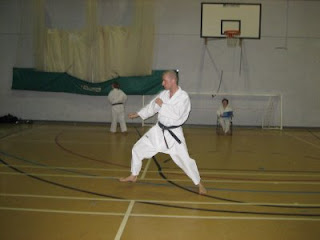 When I started karate training two years ago and started reading about it, I very much got the impression that 'tradition' and 'conservation' of technique was the name of the game. This particularly seemed to apply to kata, which have been passed down from generation to generation of martial artists relatively unchanged. In fact I thought one of the purposes of kata was to encode techniques into choreographed forms in order to preserve them for future generations. I sometimes think of kata as being a storage facility for karate knowledge, each kata being a mini 'encyclopedia' or 'manual' of how to do it.
But it isn't really like that is it? Kata do change. The two kata that I am currently learning are Annanku and Jerokono. I have seen changes made to both of these kata. I recently performed Annanku in a competition. It was an open competition and my fellow competitor was a shitoryu stylist, I am a shukokai stylist which is an offshoot of shitoryu. She also performed Annanku and did most of the kata the same way as me except for a small part in the middle which she did completely differently. Her version was more complex than mine. So in the version I do someone decided it was a good idea to simplify a part of it - have they deleted a bit of knowledge from the 'encyclopedia'?
I have also seen a change in Jurokono, this time an addition rather than a deletion. I have two DVDs which demonstrate all the kata taught in shukokai karate. One is produced by the Shukokai Karate Union (SKU) and the other is produced by my own sensei. I noticed that in the SKU version there was an additional double punch near the beginning of the kata that was absent in sensei's version even though he had taught us the kata with the extra double punch in it. Confused I asked sensei about this. He replied that when he made the DVD (which was only 2 years ago) the double punch was absent but now the SKU has added it. Why? Apparently some clubs in Manchester liked it like that so the SKU decided to unify it across the organisation!
I don't think kata should be messed with like this. These may be small examples but I've already witnessed these in my very short martial arts career so there must be other examples, perhaps more radical changes that are occurring across the martial arts community.
I do believe that a martial art should be flexible and dynamic, I'm all for progress but surely these changes and developments should be made through the bunkai not the kata themselves. Isn't the bunkai the place to experiment with technique, to make additions or deletions, to look for new interpretations? There is no need to change the kata, that just risks deleting knowledge forever.
What do you think?

This work is licensed under a Creative Commons Attribution-Noncommercial-Share Alike 2.0 UK: England & Wales License.
Posted by Sue C at 10:28

Email ThisBlogThis!Share to TwitterShare to FacebookShare to Pinterest
Labels: kata