Maai! Maai! How difficult this one is to learn. 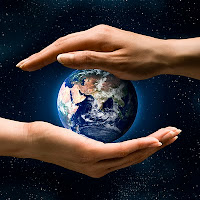 Have you ever noticed that when you learn something new, as you progress with that learning, whole new tiers of complexity open up that you didn't even know existed when you started out? Just when you think you've cracked something or know everything about something someone introduces you to the next level and you suddenly realise that you know diddly squat about it! Education is a very humbling experience, perhaps that's why educated people remain intellectually curious about things - there is always more to learn about any given subject.

Even a white belt sparring with a partner for the first time may be told to 'keep your distance' and 'move in to punch then move straight out again'. A little further up the grades and you get advice like 'move in to disrupt a kick' or 'move off line'. The more advanced practitioner then starts to actually anticipate what there opponent is about to do before they've even made a move (sen no sen) and moves in to attack first or disrupt the opponents attempt. This is advanced stuff! We're still talking about distance and timing here but this ability is many tiers up - now we're in the realm of maai.

Truly appreciating and utilising maai requires a unity of mind and body. It is as much a mental skill as it is a physical one. The Japanese word maai translates simply to 'interval' and is referring to the space between two combatants during a fight. The wikipedia entry on maai describes it as: "a complex concept, incorporating not just the distance between opponents, but also the time it will take to cross the distance, angle and rhythm of attack." If one controls the space between then one controls the fight.

An analogy that I like that helps to describe maai comes from a friend of mine, Peter Seth, who is a 5th dan in aikido (maai is big in aikido!). He says, "Imagine music without the ‘spaces’ of silence between the sounds, the gaps between the notes. Without the spaces there would be constant noise, which may vary in pitch and intensity but would be chaotic and unbearable. These spaces set the time/timing, rhythm and beat of the music, which in turn affects/controls the whole composition. So influence in this area of the ‘space/s between’, effectively allows the leading of all these energies. You become the ‘conductor of this orchestra of energy’. "


Maai is a fluid thing, constantly changing as a fight progresses. Maai has a temporal element as well as a spatial one. It also pertains to the momentary lapses of awareness that are manifested in the opponents mind. Capitalising on these mental intervals (or lapses of concentration in your opponents mind) is also a way of controlling the maai. Being constantly aware of both your maai and your opponents as they constantly change and then being able to manipulate this to your advantage so that your opponents techniques are constantly disrupted requires an intuitive understanding of movement and timing. I am in awe of people who have mastered this skill because I am very much still operating in the lower tiers of elementary 'distance' and ' timing'.

How do you stay inside your maai (ie. your sphere of influence) so that you can land punches and kicks on your opponent whilst staying outside of theirs? How do you get inside their maai (to disrupt it) whilst still keeping them outside of your? These are currently one of life's mysteries to me. When I am practicing sparring I focus too much on what I am doing and don't really think about what the opponent is doing. I don't notice I've entered their space (well not until the kick hits me!). I don't necessarily notice when they've entered mine so I miss the opportunity to attack. I can remember to move off line or slide in for the punch and move back out again and I am often aware of the space between us but no way am I in control of it.

Controlling the maai - there is a steep learning curve to climb for this one. I have a long way to go!

This work is licensed under a Creative Commons Attribution-Noncommercial-Share Alike 2.0 UK: England & Wales License.
Posted by Sue C at 13:12

You know from reading my blog that I'm constantly doing battle with these tiers of learning at the moment. Just when I think I've got something a whole new world of opportunities for suckage open up to me!

Embracing these opportunities for learning is what helps us advance, so I'm learning to see them as a positive.

As for the Maai... oh my! Kumite is without a doubt the worst element of my karate. Of all the things we do it still feels the most alien to me and although I know I must have made progress in this area I struggle to see it sometimes. I love the music analogy though - that made lots of sense to me.

Hi Marie, I've just realised that writing is a good analogy for maai too! If we don't manage the spaces between then the words don't make sense and it's all just gobbledy gook! (of course it might just be gobbledy gook anyway LOL)

It never ceases to amaze me when I'm working on a technique I've done hundreds and hundreds of times and my Sensei introduces me to a new and higher level of skill. This happened recently with the wrist throw, a constant throughout our system of study. Minute details had a huge effect on improving my skill and understanding of a technique that for all intents and purposes I thought I had mastered.

Maai is interesting. I have worked with people who so effortlessly kept me at bay that it seemed like they were clairvoyant. I continue to work towards this level.

IMO, your statement about understanding "maai" requires "union of mind and body," is the key to this concept. In fact, you could say the key to tapping the potential of all of traditional karate.

To illustrate my point, IMO it's not distancing that controls the fight... it's you who control the fight with all of karate. Karate skill is not equally mental & physical, as you propose. Traditional karate is a mental discipline that exerts control over the physical body at all times. Mental discipline is the dominant skill.

So how is this mental discipline learned? There's an MMA journalist & author who practices Shotokan karate who has written extensively on the uselessness of traditional karate training, particularly 1-Step Sparring. He's says it's fixed, passive, wooden and dead compared to actual fighting. The physical moves are pre-determined, simplistic, rigid and fixed. He complains this is only exercise--and has no bearing on the random nature of PHYSICAL fighting....

My answer is that 1-Step Sparring isn't supposed to be actual fighting--its' to prepare you MENTALLY for actual PHYSICAL fighting.

When that Shotokan uke steps in with a straight right punch & stops, you are faced with multiple decisions. First, what techniques are you going to employ? In what combination, if any? What stance are you going use? More important, how are you going to position yourself in the face of the assault? How do you allow for a follow-on by the opponent? Where do you strike the opponent, what target? How do you put your techniques into a tactical package that's effective? How do this relate to your your overall karate strategy for fighting?

The mental challenge is the discipline to will your physical body into the right place, at the right time, with the right technique to overcome the assault launched at you in the "simplistic" 1-Step. Under this mandate, the equation of distance is solved mentally through repetitious practice. And as I've pointed out, distance is only one of many, layered decisions....

All traditional karate practice addresses the sphere of defense through heightened body awareness--the position of your body to the sphere of space around you. It's the addition of the opponent in 1-Step Sparring that forces you to specifically concentrate on your position relative to your opponent, hence distance.

The MMA Writer / JKA Shotokan Karateka arrives at the wrong conclusion about 1_Steps because he is transfixed on fighting as a physical process--he's transfixed on the physical form.

In contrast to the MMA / karateka journalist, when you look past the heavy physicality of Shotokan karate, I believe it excels at showing the precision, mental discipline of "mind-body union" is what you're after.