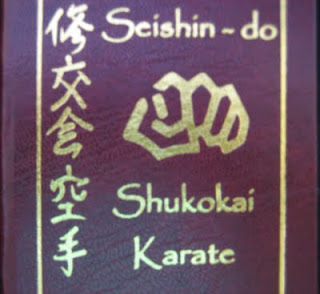 A time may come in a sensei's martial arts journey when he/she needs to take a different path to the one set by his/her own sensei. A need to break away, find a new path, their own path that enables them to continue developing and maturing as a martial artist.

Dave Lowry, in his book The Karate Way - discovering the spirit of practice, likens a healthy sensei-student relationship to that of a parent and child. He says that "the sensei must be like a parent, one with a healthy and realistic sense of who he is, who his children are, and what he wishes them to become.......Good parents not only accept that they will be surpassed by their children in many areas, they welcome it.......The healthy parent does not view the success of his or her child as a threat but rather as a testament to his or her good parenting."
In his book, Budo Mind and Body, Nicklaus Suino, also uses the parent-child analogy. He states that "...just as children nearing adulthood must challenge their parents and seek their own role in the world, so must students of the martial arts eventually become complete individuals by seeking independence."
Many of the great past karate masters had to take this step to move away from the sensei that trained them, sometimes to spread their karate style more widely but often to create a new style themselves. Gichin Funakoshi himself developed Shotokan karate after training with two different masters. From Yasutsune Azato he learned Shuri-te. From Yasutsune Itosu, he learned Naha-te. Likewise Kenwa Mabuni went on to develop Shito-ryu karate after training with Kanryo Higaonna and Yasutsune Itosu.
However, most 'students' who wish to flee the nest of the system they trained in don't actually wish to develop an entirely new system - they just want the space and freedom to add their mark to the style they know and respect. To develop it further, expand it, improve it.
This is the place my own sensei has reached on his martial arts journey. Opportunities for him to continue developing within the parent organisation (SKU) of our club, which is run by his own sensei, have reached an end-point. A professional colleague of his within the SKU has reached the same end-point. So together they have taken the decision to leave and set up their own organisation.
This must have been a very difficult decision to make, requiring much soul searching. Both these instructors have trained for over 20 years in the SKU shukokai karate style. Initially both trained directly under it's chief instructor and have remained loyal to him and the SKU's aims and syllabus since developing their own clubs.
Ties of loyalty are strong, it must have been difficult to tell him they were leaving. In Budo Mind and Body, Nicklaus Suino says " While this separation might seem like a severing of the ties of loyalty, and in some cases it may end up actually doing so, it is a necessary step in the maturation of students.....As long as the students remember that nothing in their martial arts careers would have been possible without the guidance of their teachers, they will understand their proper place in the continuing succession of martial artists."
The new organisation is called Seishin-do Shukokai Karate and took effect on the 17th August when insurance and licences were transferred to the new organisation. It is not a rival organisation to the SKU it is merely another link in the shukokai karate lineage with a chance to develop shukokai karate in new ways.
So how do I feel about this change? Well, it's a test of my loyalty too. Do I stay loyal to my instructor and move with him to the new organisation or do I stay loyal to the SKU and move to another SKU club? It wouldn't be difficult to move, there are plenty of SKU clubs in my area. In fact a new one is being set up in the same venue that my current club operates in now.
As far as I'm concerned though it's a no-brainer, of course my loyalty is to my sensei. He is an excellent instructor and I trust him to continue to train and grade me to a high standard. The new syllabus is exciting - it offers an expansion rather than a contraction of the shukokai style. There are some jujitsu and aikido influences being added as well as a return to more traditional training methods and etiquette. The sport and fitness side of our style also remains important and courses and competitions are already in the planning. There is much to look forward too - and much to get to grips with!
I think my sensei and his colleague were courageous to take this step and it deserves our backing. Clearly other club members feel the same way. Only 3 people have left (same family)our club to join another SKU club. Seishin-do Shukokai karate (SSK) already has 13 clubs and approximately 600 members - it should go from strength to strength. Here's to a new beginning.
If you want to find out more about this new karate organisation then visit it's new website by clicking: http://www.sskarate.co.uk

This work is licensed under a Creative Commons Attribution-Noncommercial-Share Alike 2.0 UK: England & Wales License.
Posted by Sue C at 10:29

Sue, what a very well written, researched and thought proving post - thanks.

A similar situation happened over 20 years ago with my own Sensei where he left his original organisation and started up his own association (along with a number of other senior instructors) and this has enabled the new association to develop and grow.

We still get to train with the chief instructor of the original association as he teaches a course every year for us.

The only problem I see (more often than I would wish) is that you get some people who leave and set-up their own clubs/associations when they are not yet ready (I even know of 1 person who did this the day after getting is Shodan black belt!)

Hi Rig, thanks for your kind comments.

It does seem that (in the UK at least) that calling yourself a martial artist and setting up your own club is a highly unregulated procedure - just about anyone can do it, you don't seem to have to prove your credentials!

If the club is affiliated to a higher organisation then at least it is then subject to that organisations rules/syllabus/grading standard etc. But presumably a club doesn't have to affiliate to anything if it doesn't want to.

This makes it very difficult for newcomers to ascertain whether a club is good or not. I wonder if other countries have the same loose rules we have here?

Sue, your right - currently there is nothing to stop someone going into JJB Sport, buying a black belt and opening a club!

Most council run premises do ask for qualifications before they will agree to hire the hall out but most of the time they don't know what they are looking for and the 'qualifications' can easily be faked.

As for joining another higher organisation - you would have thought that this would help but I know of at least 2 such organisation's that don't check any of the details they are given and they are happy to have the club affiliated as long as they keep paying the membership fees.

I agree that it can be a nightmare for prospective new comers to the art!