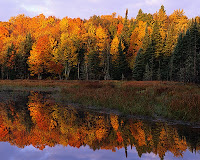 Over on Dan Prager's blog, Martial Arts and Modern Life, he has just written a post called Left handed training.

In my karate club we have a slightly more ambidextrous view of martial arts. All kihon techniques are learned both left handed and right handed. So all blocks, punches, kicks and stances are performed an equal number of times with left and right side. With sparring we are trained and expected to show a range of techniques both left and right handed. In fact, suddenly switching stance and punching your opponent with a left gyaku zuki instead of a right is a good way of catching them out to score a point!

Even techniques like locks and take downs are practiced both right and left handed. Symmetry seems to be important in karate. But is it necessary to train both sides of the body equally?

Most of us have a 'stronger'side and a 'weaker' side - our partners will attest to that when they are holding the pad for us! Also our initial response is to say, '...well in a real fight I would never do this left handed...' However, since I have been training in this ambidextrous manner (I am naturally right handed), my left side has evened up a lot and I find it increasingly easier to adapt new techniques to a left handed version. It no longer feels so awkward and clunky to do things left-handed. I'm sure with further practice I will be able to do left handed techniques with even greater ease. Occasionally I even do the technique left handed by mistake - I notice I've turned in the opposite direction to everyone else because I've done it the left-handed way!

It is possible to train your non-dominant side to perform almost as well as your dominant side (as left handers will attest to)  if you start with ambidextrous training right from the start. Karate clearly has the edge over other martial arts in this respect.

I don't see why ambidextrous training can't be done right from the start in jujitsu - only tradition stands in the way. In my jujitsu club left handed throws are not introduced until second dan training commences. I'm sure it must be easier to do it if learnt earlier on before 'right handed' muscle memory becomes too ingrained!

Just think of all the advantages you would have if you could tackle a real attacker with both left and right techniques with equal ease......

This work is licensed under a Creative Commons Attribution-Noncommercial-Share Alike 2.0 UK: England & Wales License.
Posted by Sue C at 17:25

Ditto on the training both sides equally for us too. I definitely noticed a big difference between my left handed and right handed techniques (I'm right handed) when I first started training. Elbow strikes on the left side particularly always felt really clunky and uncomfortable. I'm finally starting to feel more comfortable on that side though so the deficit is much less now.

Like you and Marie, we train both sides equally as well. My sensei and a few of my training partners are lefties and I always forget that when we are sparing! They all see it as a huge advantage - and I can understand why...

For me, difficulties with my "other good (left) side" are most apparent when I am working the bo. Right-side forward techniques still feel a bit strange, but I try to now do new techniques on that side first so it can "teach" my strong side what to do. I forces me to think about it, which is a good thing, I think.

Great post, Sue. Thanks for the food for thought :-)

Thanks for the plug. I'd add that in our jiu-jitsu sometimes the asymmetry goes the other way, resulting in enhanced skills on the left, and this also contributes to evening up of physical development.

E.g. Right-handed throws lead to left-handed breakfalls. Since most throws are right-handed *everyone* ends up with a better left-side breakfall.

Hi Marie, have you ever tried doing a kata left handed? Now that's a real challenge!

Dan, I hadn't thought of that but now that you mention it my left side breakfall is better than my right!

In Isshinryu, my instructor is constantly saying, "Whatever we do with the right, we also do with the left," so we focus on training both sides. In my own solo practice, I try to train more with the left side, since that's my non-dominant side. It's a little more stubborn, but gradually, it comes along. :-)

I can't agree more that it's important to train both sides. I have done so from the beginning. I found it interesting that some styles of Jiu Jitsu are only practiced right handed. I have not run into this yet in my travels. Sue, do you know why your style doesn't introduce left handed techniques until 2nd dan?

I'm still on the fence about equal training on both sides. I'm more of the opinion that you should train proportionately based on the most likely attack. And most people are right handed, therefore most attacks are received from this side.

Having said that, I've sometimes found that new and challenging techniques are easier with the off hand. No ingrained bad habits, I imagine.

Let me say first, I am left-handed. It has provided me with a huge advantage in the martial arts over time. First, since most of your opponents are right handed and normally face right-handed opponents, they are not ready for a southpaw. Second, since you have trained in the mostly right-handed world of martial arts, you become ambidextrous faster than a right-hander. In Kenpo, most of our forms are mirror-image, using both sides, so that has helped.

Keep in mind that as a left hander you are susceptible to an overhand right by a right hander. It is really hard to see. As a right-hander, you are likely to get hit by a left-handers jab. Loved the post Sue.

Hi Journeyman, I take your point that most people are right handed and therefore most attacks will be received from the right hand side. I'll have to talk to my instructor about why left handed techniques are introduced so late in the syllabus and get back to you :-)

Hi Matt, I was sparring with a left hander in class on Wednesday, without initially realising they were left handed. By the time I'd worked it out they'd landed a few punches on me!

Handedness is a strange and incomplete thing. Though I am predominantly right handed I can only iron clothes in a left handed manner and I am left legged for kicking a ball! My right handed son can only use a knife and fork the left handed way as well. Strange but true! :-)

Such a great and informative post about karate training. This will really help people who masters karate! Thumbs up for this!