Can Aesop teach us about self-defense?

I was discussing last night, with my husband, whether or not it is possible to have a single initial response to an attack that would work in all (or most) situations or whether you actually needed to develop a range of techniques and then choose the right one to suit the particular circumstances you find yourself in. He reminded me of this Aesop fable: 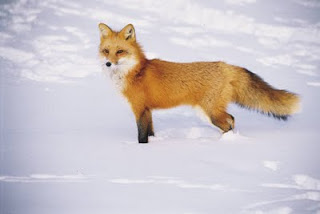 The Fox and the Cat

A Fox was boasting to a Cat of its clever devices for escaping its enemies. "I have a whole bag of tricks," he said, "which contains a hundred ways of escaping my enemies."

"I have only one," said the Cat; "but I can generally manage with that."

Just at that moment they heard the cry of a pack of hounds coming towards them, and the Cat immediately scampered up a tree and hid herself in the boughs.

The Fox thought first of one way, then of another, and while he was debating the hounds came nearer and nearer, and at last the Fox in his confusion was caught up by the hounds and soon killed by the huntsmen. Miss Puss, who had been looking on, said:

"Better one safe way than a hundred on which you cannot reckon." 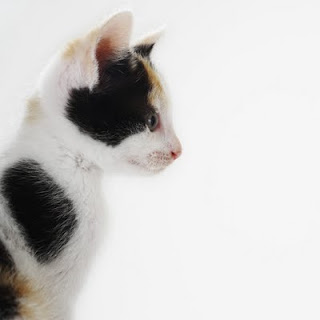 Okay, this is just a story but Aesop had some wise words. I think sometimes we learn too many ways to deal with the same problem e.g. several ways to get out of a wrist grab, strangle or bear hug - would we be able to choose, in the heat of the moment, which one to use? I think it's important to explore a range of techniques to find out which works for you but maybe you then have to settle on a small armoury of techniques that you can apply to a range of scenarios and that you can practice over and over again.

The thing that worries me most though is the initial response to an attack - the very first thing you should do when attacked. Is it possible to have a single response to all situations, like the cat? Or do you need to have a selection of initial responses followed by a selection of follow through techniques, and risk getting confused like the fox?

Do you have a favoured technique that you know would work well for you in most situations? Man of the West told me in his comments to my post, Block or Flinch in martial arts, that:

"God knows it's been years since I've been in any "street fights," but on those
rare occasions, literally every single one of them ended quickly with me
delivering a more-or-less uncontested shot to the solar plexus. Quick, easy,
very effective..."

What would be your favoured technique(s)?

This work is licensed under a Creative Commons Attribution-Noncommercial-Share Alike 2.0 UK: England & Wales License.
Posted by Sue C at 14:38

Email ThisBlogThis!Share to TwitterShare to FacebookShare to Pinterest
Labels: karate conundrums and problems, self defense

You hit on a number if items... first one thing that would always work? In the old West I would have said to pull your six gun and pull the trigger. :)

My take on trying to remember what to do in an attack - your training will have to pull you through... meaning I do not think much when I fight (It has been awhile luckily) but just react to any openings I see.

The one thing I do well I would say is to use distance effectively... No one can hit me if I am outside of the distance and like the man of the west - I like body shots. They will stop an opponent and people are generally headhunters (leaving their body's wide open).

Oh yeah... If you train well - you will just react for what is open. I had a friend that was being loud in a bar and did not realize a cop came up behind him and grabbed his arm. Before he thought - he (my friend) shot his arm forward and then elbowed hard into the cops solar plexus! My friend (like all of us in that system had trained for that technique since white belt).

My friend got the hospitality of the county that night - no amount of explaining to the cop that he should not sneak up on someone helped. :)

I agree with Mr. Zimmer; you will probably react to what you see at the time. Being mentally prepared is most of the battle.

Think of it this way: you drive, probably. In the course of driving, you routinely make decisions without conscious thought, decisions that you could not, when you first got your license, make smoothly and easily and confidently. Now, if you had to react quickly to something in traffic, you would not consciously think of what technique in your driving repertoire to use; you'd just do it. And it would probably work.

Works the same way with karate, at least in my humble experience.

I agree with the previous comments regarding the importance of being mentally prepared. I think there is a level of trust we must place in our training that will allow us to react when necessary.

My husband loves to tell this story. When I was a yellow belt, my husband decided to hide behind the door in our house. I was in the kitchen and when I walk through the door he jumped out from behind the door. At first, I was startled. My next reaction was to punch him. It was pure reaction.

Let's just say that he doesn't jump out from behind doors any more.

Thanks for all your comments. I sounds like you're all singing from the same hymn sheet on this one. Since you all have years more training and experience than me I respect your advice and opinions. So I need to trust in my training and react rather than think too much.

John: I love the six gun thing - reminds me of a scene from an Indiana Jones film (can't remember which one though)!

Man of the West - the driving analogy is great and true - that darn car almost drives itself these days!

Michele - love the story. I think many martial arts families must have similar stories to tell. It's a bit like living with Kato from the Pink Panther movies.