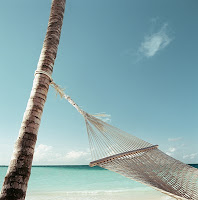 Karate is often described as a hard style. It is generally characterised by fast linear movements where power is generated through speed and attention to biomechanical principles. However, ‘hard’ does not mean stiff or tense. In fact it is essential for good power generation to be relaxed as possible only tensing the muscles at the last second. This is one of the hardest things for the student karateka to understand and to learn to do.


We’ve all been there! Shoulders raised, biceps contracted hard to try and force through the punch, teeth clenched, movements clunky and stiff. So much energy is expended, so much effort made and yet your punches and kicks still seem slow and weak. Sensei shouts ‘relax, you’re too tense’. You know this but seem powerless to change. It is hard to turn muscle contractions on and off like a light switch.

When you look around the dojo at your seniors – the ones that move well, hit hard and are quick and light on their feet, you realise it’s generally the ones without the big hulking muscles  The leaner, lighter people often move better and pack the hardest punches. Good technique will always conquer physical strength in karate, well at least in the shurite styles. One of the key features of good technique is being relaxed.

So how do you become more relaxed when your natural propensity is be stiff and tense? Well one suggestion that is working for me involves looking at how they do it in the softer martial arts. Like I have mentioned before, my kobudo training is done in a jujitsu club and much of it is based on the principles of jujitsu, which is a soft martial art. Movements are generally slower and circular rather than fast and linear. To move in a more circular way requires you to be more relaxed and to understand how push/pull and rotational movements affect uke’s responses.

However, for me, the biggest aid to learning to be more relaxed is through my sword training. When one has a three foot extension on the end of your arm that you are trying to control with fluidity and precision then it must almost become part of your arm. To move it swiftly and precisely you need to be relaxed more than with any other weapon. By repeatedly practising the various drawing, cutting and stance katas my movements are gradually becoming more relaxed and fluid.

I am discovering that I can move my body around much more quickly when I stay relaxed. I’m starting to understand what it feels like to not have my muscles in a state of tension when it is not necessary for them to be like that. Though the sword seems to lack that requirement for a sudden tensing of muscles at the last second it is never the less teaching me some skills that are valuable for karate.

This work is licensed under a Creative Commons Attribution-Noncommercial-Share Alike 2.0 UK: England & Wales License.
Posted by Sue C at 18:19

Very nice text. I like it a lot. I've been trying to do light too, but is not easy.

Well said! Something I would do well to keep in mind. I'm pretty muscular, and when practicing combat moves, relaxation is one of those things that doesn't come easily. The natural tendency is to tense up and really power through the technique. As I get older though, I'm going to have to bow to the body's wisdom, anyway. Might as well begin making muscular relaxation (yet another) aspect to work on. Thanks!

..."it’s generally the ones without the big hulking muscles The leaner, lighter people often move better and pack the hardest punches"...

This is true, and relaxed muscles are a big part of it; however IMHO, it does not tell the whole story:

- Larger muscles may equate more strength, but what really matters is the ratio strength per unit of mass; if you can pack the same strength with less mass, you will move faster & better.

- Muscle quality is important in delivering explosive strength; explosiveness is what you want in karate & other striking arts. It comes with fast twitch fibers and anaerobic energy systems... The development of the nervous system counts also to be able to simultaneously enroll more motor units.

Relaxed muscles prevent the antagonist muscle to slow down the technique before impact. My own experience is that training strikes with elastic bands help with keeping the antagonists relaxed. Hitting the bag & the makiwara as well.

I am not too sure I understand how circular movements help being more relaxed than the linear movements, but it may be because I come from "a hard more circular style"? I find it is not easy to stay relaxed.

Hi Frank, relaxing whilst generating power sounds very contradictory which I think is why it is so hard to master! But like Fred says in his comment, relaxing the anatogonist muscles is the key otherwise you're just pulling your own punches! Well done on the grading by the way :-)

Hi Fred, wow, blinding me with science here! I think I get your key points though - short explosions of power whilst relaxing the anatagonist muscles.

What I meant by circular techniques were ones where you are side stepping, parrying, using rotational force etc. These types of movement generally require you to shift weight quickly from foot to foot - you can't do this if you are tense. With the sword you often have to swing it around and over your head to bring it into a kamae position, you can only do this effectively if you are relaxed and can move your arms in a continuous, fluid motion. Practising with the sword helps me to relieve the tension in my body.

Sorry Sue, I did not mean to appear that way... yet, I am a little bit of a geek in my training & I like to measure and count.
Thanks for your explanations of what you meant by circular techniques, it makes a lot of sense.
I do not practice with weapons, but what you are saying about how the sword helps you relax your body makes me want to try.
osu!
Fred

Fellow 2nd kyu : )An interesting post. I have pretty loose hips and understand the theory very well. However, I still find myself shooting from the shoulder too much of the time... I guess, like everything else in martial arts, it will come ... with time!

Fantastic blog - thank you. I've been having a look at previous posts (essays, articles...) and found something in every one to catch at my brain. Just discovering this blogging martial art community - marvelous.

As this post links in to one I've been chewing over for a week, and posted yesterday, I've included a link to this post, and summarised your content. I hope I got it right...

A very basic point but one worth repeating. There will always be an inverse relation between tense muscles and fast, powerful striking: the tenser you are the slower the punch or kick and thus the weaker. Very logical if you think about it.

I don't get this whole 'hard, lineair' vs 'soft, circular' approach to the martial arts: I think there are very few arts that are either exclusively hard or soft, lineair or circular. Doesn't karate contain circular techniques as well? Shuto comes to mind, or mawashi-geri and I'm sure you guys don't block everything the hard way. Parrying and evasion are way more efficient, safe and scientifically sound defensives principles. In the words of mr. Myagi: "best block, not to be there!"

I think what your sensei means by that saying is that you shouldn't focus too much and make the movement as natural as possible. Empty the mind (mushin) and your movement will become much more smooth and loose. Applies to both empty hand and weapons.

for me, hitting stuff relaxes techniques.
makiwara, bag, whatever. To hit harder, you actually have to relax.
sounds weird, but it works.